The 8th World Congress on Conservation Agriculture provides you with the unique opportunity to shape the future of “Profitable and Sustainable Farming with Conservation Agriculture”. Conservation Agriculture (CA) is acknowledged to be a sustainable system of agricultural intensification which improves soil health and thus, will be a key element to ensure the production of food and other agricultural products, while providing additional ecosystem services, even under the threatening scenarios involving the consequences of climate change and larger world population. During the three days of the Congress, manifold topics will be discussed in depth in plenary sessions, panel discussions, parallel sessions and poster sessions, with the objective to promote a wider adoption of CA worldwide.

On the fourth day you will have the possibility to engage in meaningful conversations with farmers and practitioners from the agriculture sector worldwide by participating in the Field Day in the Bernese Lakeland.

Take the opportunity to be part of an international community of leading farmers, scientists, policy makers, entrepreneurs and agribusinesses, all striving to create solutions for actual and future agriculture. Learn about the latest technologies for sustainable agricultural land management and be part of the Future of Farming.

Bern is the capital of Switzerland and with its 140'400 habitants the fourth biggest city. It is centrally located right at the border between the German and the French speaking part. The historic old town of Bern is listed as UNESCO World Heritage Site and is one of the main tourist attractions in Switzerland. The old town of Bern is famous for its arcades, the clock tower (Zytglogge), the catedral of and many more historical buildings and monuments. It is easily possible to discover Bern on foot. For further distances tram and bus lines are available of which the fare is included in the hotel stay. Thanks to Bern's central location, most of Switzerland's attractions are reachable as day or half-day excursions, such as the Bernese Oberland, Emmental or Wallis, what makes Bern an ideal place to bring along spouses or travel companions while attending the conference or adding some vacation afterwards.

Agriculture in the canton of Bern

The average farm size in the canton of Bern is 18 hectares. The farm structure is very heterogeneous due to the diverse landscapes. Farms are located in all agricultural zones (valley zone, hill zone, mountain zone) including 1,464 summer pasture holdings.

The generous pastures of the Bernese Jura are mainly used for dairy and meat production. A wide range of vegetables and fruits are grown in the canton’s vegetable larder in the Bernese Lakelands, both in the field and in the green house. In the Bernese Midlands you can find arable farms and many mixed farms. Milk and cheese production is decisive for value creation through out the canton, especially in the Bernese Oberland and Emmental. Thanks to the favourable microclimate around the lakes, quality wines are also produced in the canton of Bern.

In order to optimally combine agricultural research, education, consultancy and production, the establishment of competence centres in the canton of Bern is being promoted with great success. The national soil competence centre was founded in Zollikofen in 2019, a national vegetable centre and a national competence centre for the promotion of animal health are currently being set up. With these competent partnerships, Bern's agriculture is optimally positioned to protect and use the landscape sustainably in the future.

The indoor sessions during the first three congress days will take place at the Zollikofen Campus of the Agricultural Education and Consulting Center INFORAMA at the School of Agricultural, Forest and Food Science HAFL, close to the Swiss capital of Bern, Switzerland. The two locations offer a variety of different Conference Rooms of different size. Besides, there are a variety of Field trials just on the campus, including the longterm Trial Oberacker.

On the fourth day a Field Day will be organized in the Bernese lakeland, only 40 minutes away from Bern. The estate "Witzwil" is the largest farm in Switzerland and includes crop cultivation, horticulture and animal husbandry. The programme of the Field Day includes machinery demonstrations, technical speeches and field trial demonstrations. 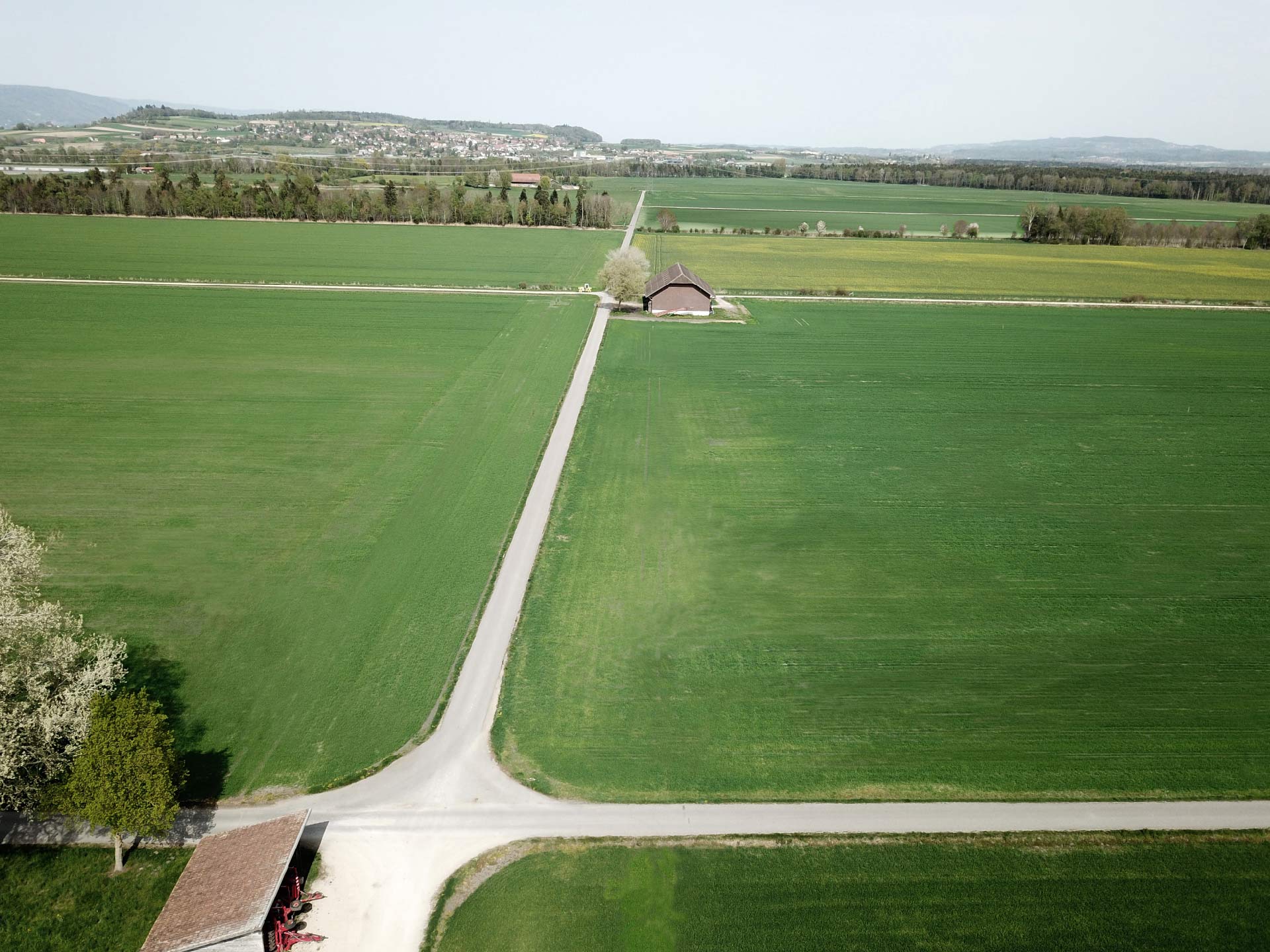 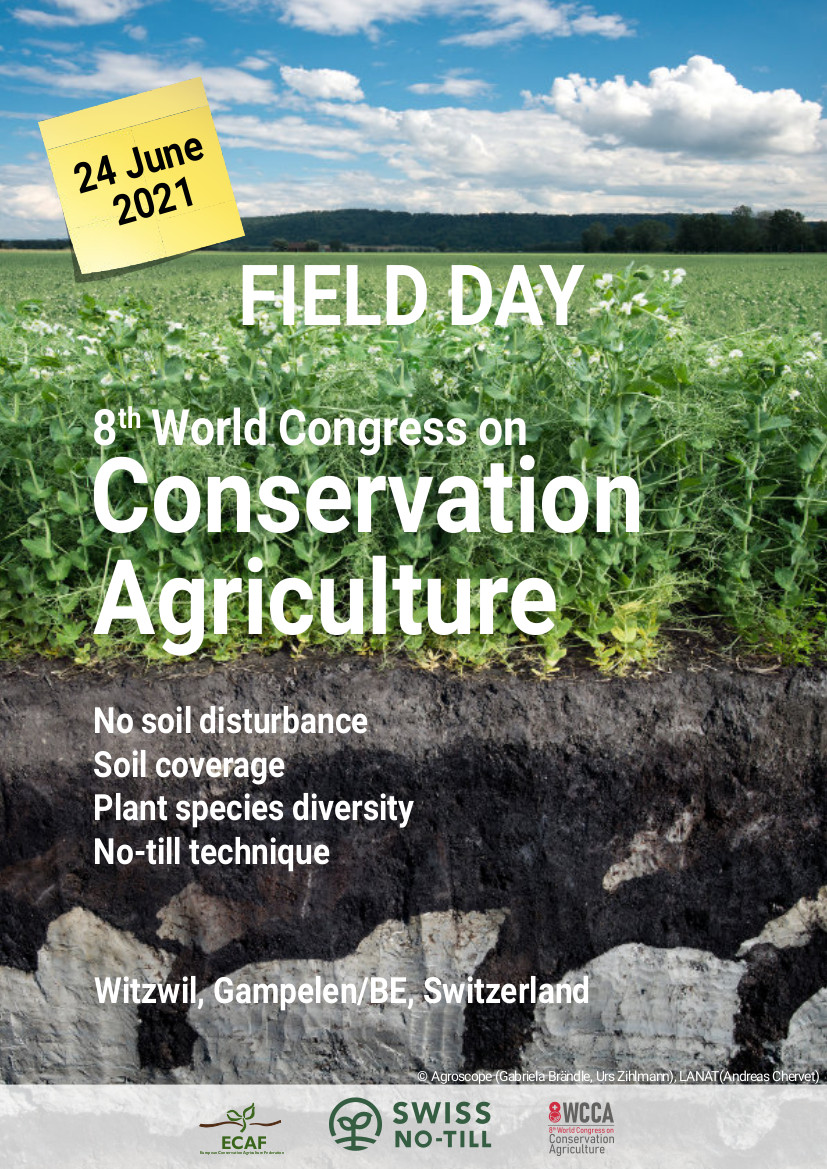